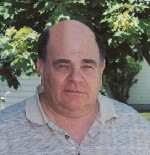 Samuel Gruberman retired after serving 24 years in the U.S. Air Force. After his military career, he worked in a civil service position at Scott Air Force Base, retiring after 13 years. Samuel was a member of the American Legion Post 321 in New Baden, IL, and was also a member of the Enlisted Association. Samuel was a die-hard New York Yankees’ fan and an avid fan of all sports. He also enjoyed listening to his favorite Doo Wop music.

Sam was preceded in death by his parents, Morris and Claire, nee Papier, Gruberman.

In lieu of flowers, memorials may be made to the Disabled American Veterans (www.dav.org/donate), or to the charity of the donor’s choice.  Condolences may be expressed to the family online at www.rennerfh.com.

Visitation:  Friends may visit with the family from 4 to 8 p.m. Thursday, February 9, 2017, at George Renner & Sons Funeral Home, Belleville, IL.

My deepest sympathies, Gary, on the loss of your father. Such an unexpected loss is very hard to accept. I truly know how you are feeling. Mary Ann Boemecke