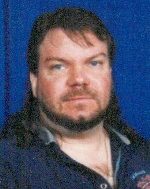 Scott was a 1981 graduate of BTHS East, Belleville, IL, and worked at the former Marvin’s Camera Shop in downtown Belleville.  He was a member of the Belleville Jaycees and was an avid St. Louis Cardinals fan. He enjoyed playing softball and bowling and was proud of his perfect 300 game.

In lieu of flowers, memorials may be made to Vitas Hospice, to St. Jude Children’s Hospital, or to the American Cancer Society.  Condolences may be expressed to the family online at www.rennerfh.com.

Visitation:  A private family visitation will be held.