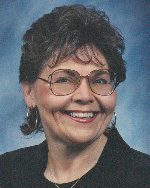 Sharon was a dedicated elementary school teacher for 35 years.  She attended Belleville Area College, earned a Bachelor of Science degree from Illinois State University, Normal, IL, and a Master of Science in Education from Southern Illinois University-Edwardsville. She began her career in Smithton, IL, and later taught in Dupo, IL.  She finished her teaching career in East St Louis, IL.

Sharon became involved in the state and national science associations and was honored in 1985 and 1991 by the National Science Foundation.  She used those connections to help students learn science through hands-on experiments.  She made learning fun.

Sharon loved swimming at the Belleville YMCA and at the former Belleville swimming pool, and made lifelong friends.  She also loved music.  She was a member of the St. George Choir for many years.  This is where she met the love of her life.

The happiest day of Sharon’s life was December 11, 1999, when she married Ken Gottschall.  Ken and Sharon shared many of the same interests, and Sharon learned to love the dogs and the airplanes that Ken brought into the marriage. She always talked about her “Bogie”, and enjoyed the numerous rides as Ken flew his Comanche.

Though Sharon had no children of her own, her nieces and nephews became her kids. She shared many special times with each one.

She was preceded in death by her parents, Odell H. and Anna E., nee Stuart, Travous.

Despite her health challenges, Sharon was a fighter and remained positive, always with a smile on her face.  She will be missed.

In lieu of flowers, memorials may be to St. George’s Episcopal Church Outreach Program.  Condolences may be expressed to the family online at www.rennerfh.com.