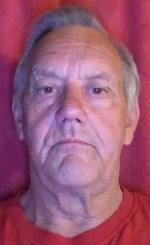 Shelby had been a tow truck driver since the age of 16. He had previously worked for Poelker’s Garage, Inc, and more recently Fastlane Towing and Sonnenberg Landscaping. Shelby had also formerly worked as a police officer in Washington Park, and investigator, and was the former chief of police in Summerfield, IL. He was a member of the NRA, the Belleville / Swansea Moose Lodge 1221, and a Scout Master for Troop 14. Shelby enjoyed working on cars and loved to bowl. He enjoyed spending time with his grandchildren and especially enjoyed teaching them to bowl.

He was preceded in death by his mother, Dorothy, nee Hodges, Boyce; and his grandmother, Thamie Keim.

Memorials may be made to the family, in care of Thomas Boyce. Condolences may be expressed to the family online at www.rennerfh.com.