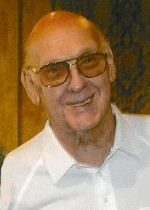 Sherdell worked in the engine room at the Stag Brewery.  He was a member of the Belleville Elk’s Lodge, the Belleville Moose Lodge, the 25 Club, and the American Red Cross – 100 Pint Club.  Sherdell enjoyed various sports including softball, swimming, walking, bicycling, and belonged on numerous bowling and softball leagues.  He was an avid fan of the Chicago Cubs and St. Louis Blues.

He was preceded in death by his wife, Sylvia Kraft; his parents, Alfred and Manilla, nee Brunn, Kraft; a brother, Al Sonny Kraft; and a brother-in-law, Kenny Bruckner.

Memorials may be made to the Belleville Area Humane Society or to the St. Clair County Animal Control Center. Condolences may be expressed to the family online at www.rennerfh.com.