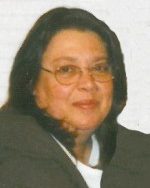 Mrs. Holle was a homemaker who dedicated her life to her family. She was a loving wife, mother, and grandmother who had a knack for making life special for her husband, family, and friends. She will be missed.

Sherry was preceded in death by her a son, Michael Holle; her parents, Hugo and Jesse, nee Jones, Paule; and a brother, Colin Paule.

Surviving are her husband of 49 years, George Holle, whom she married on July 3, 1970;
a daughter, Karie Holle of Belleville, IL;
a son, Jeremy (Katie) Holle of Greenville, IL;
five grandchildren, Peyton, Derek, Rilee, Kylee and Izzak Holle;
a daughter-in-law, Sarah Holle of Swansea, IL;
a brother, Kent (Freda) Paule of Pinckneyville, IL;
and a sister, Susan Wagner of Belleville, IL.

In lieu of flowers, memorials may be made to the American Cancer Society.  Condolences may be expressed to the family online at www.rennerfh.com.

It was Sherry’s wishes that there be no funeral services.