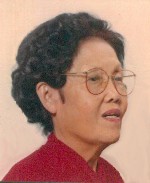 Mrs. Frierdich was a member of Christ United Church of Christ, Belleville, IL.

She was preceded in death by her parents, Yoichi and Kazu Suemasa; and five brothers and sisters.

Memorials may be made to St. Jude Children’s Research Hospital.  Condolences may be expressed to the family online at www.rennerfh.com.

Visitation: Friends may visit with the family from 9 a.m. to noon Tuesday, May 17, 2016, at George Renner & Sons Funeral Home, Belleville, IL.

Funeral:  Funeral services will be held at noon on Tuesday, May 17, at the funeral home with Rev. Jonathan Tinge officiating.  Burial will follow at Smithton City Cemetery, Smithton, IL.