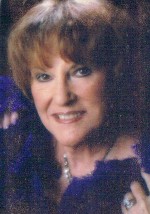 After graduation from Sparta Township High School in 1956, she spent the summer attending Brown Business School and working as Secretary for Pet Milk Company in St. Louis.  She then worked as Secretary at Country Companies Insurance under the direction of Kenneth Been, in Sparta.  Shirley also worked with Eastern Airlines in Miami, Florida, until she and Joe Martin Barber of Sparta were married on July 28, 1961 at Trinity United Presbyterian Church.

Shirley then worked eight years with First Federal Savings and Loan before having her children, Matthew M. Barber and Michael W. Barber.  Shirley served her family as a stay at home mother then later earned her Bachelor’s Degree from Southern Illinois University in Carbondale.  She worked several years with the Okaw Regional Vocational System at the Randolph County Courthouse in Chester, Illinois and then served as Tech Prep Director at Southwestern Illinois College for more than 10 years.

Shirley and Joe retired to their Florida home in the late 2000s.  They were blessed to enjoy 55 years as life partners in marriage before Parkinson’s disease brought Shirley home to be with the LORD.   A memorial service will be held in Sun City Center, FL at a later date, TBD, with Rev. Michael W. Barber officiating.  Internment is at Caledonia Cemetery in Sparta, IL.

In lieu of flowers, tribute donations can be made to the Parkinson’s Foundation at www.parkinson.org.  Cards can be mailed to: Joe M. Barber, 1226 Huntington Greens Drive, Sun City Center, FL, 33573-8074.  Condolences may be expressed to the family online at www.rennerfh.com

The world is minus a dear sweet person, Shirley Barber. I must remember how she shot a spark through the tiny village of Baldwin IL at age 10 (approx) and how that changed my life with positivity. She was so charismatic.

We were so sorry to hear of your loss. Shirley was a lovely lady.

You were a very dear friend when we were in high School. You were beautiful and so sweet. Oh we did have fun being cheerleaders together. RIP my dear

Joe and family – my deepest sympathy to each of you.
I enjoyed my four years at STHS with Shirley.
Shirley was in charge of our 40th class reunion at Pere Marguette and it was the best reunion I’ve attended – she knew how to put together a reunion that was enjoyed by all.
Shirley was a great lady and I feel fortunate to have been a part of her life.
God bless.