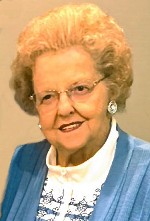 Shirley attended Eastern Illinois State College. For many years she taught at the Neoga, IL, Jr. and Sr. High School. She retired from Carle Hospital, Urbana, IL, after a 20-year career as office coordinator in the Therapy Services Department. Mrs. Flood had many organizational affiliations including, former President of the Neoga Business and Professionals Women’s Club, former President and charter member of the New Athens Women’s Club, former troop leader and neighborhood chairman of Shagbark Council of Girl Scouts, former troop leader and board member of River Bluffs Girl Scouts, and Day Camp Director at Camp Keck in Belleville, IL. Mrs. Flood was also the first woman to be elected to the New Athens Village Board of Trustees in 1978.

Shirley enjoyed watching college basketball and cheering for the Fighting Illini. She loved talking with her grandchildren and great-grandchildren as well as attending their numerous activities.  Many hours were clocked while sitting on her porch watching the birds, visiting with neighbors, and enjoying the sunshine. Shirley had acquired more than 1,300 pairs of salt and pepper shakers, crocheted hundreds of afghans, and maintained a beautiful flower garden.

Memorials may be made to the Smithton Public Library, Smithton, IL. Condolences may be expressed to the family online at www.rennerfh.com.