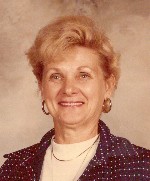 Mrs. Lieb was a homemaker whose greatest joy came from time spent with her family. Shirley was an avid Cardinals baseball fan, always sticking with her team, through the good times and the bad.

Burial will be held at Walnut Hill Cemetery, Belleville, IL.