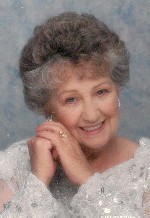 Shirley loved line dancing, quilting, and playing euchre. Most of all she loved her family.

She was preceded in death by her parents, Leo and Dorothy Hauck; a brother Bob Hauck; and a sister, Sharon Sailly.

According to Shirley’s wishes, cremation services were held.