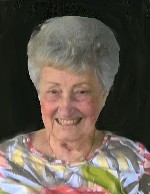 Mrs. Sedlak retired from School District 118, where she had worked as a secretary for 21 years.  She was a member of the Delta Theta Tau Sorority for over 20 years, and a past member of the Illinois Trekkers.  Shirley loved dogs, gardening, puzzles, and coloring books.

The family would like to express a special thank you to the staff at Grand Manor in Swansea, IL, and to all the friends she made there over the past five years.

In lieu of flowers, memorials may be made to the Belleville Area Humane Society or to the charity of the donor’s choice.  Condolences may be expressed to the family online at www.rennerfh.com.