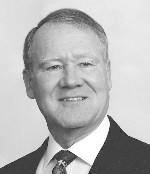 Mr. Schloesser retired as a Colonel from the United States Air Force and was a Vietnam War veteran.  He was a member of the VFW and American Legion.  He earned a master’s degree and worked as an engineer in the sales division of Honeywell, Inc.  In his retirement, Stan was the owner and operator of Schloesser Orchards in Wilson, NY, and enjoyed his home at the Lake of the Ozarks.  He was a member of Corpus Christi Catholic Church, Shiloh, IL, and belonged to the Catholic Aids Association.

A farm boy who traveled the world, Stan loved God, his family, his country, and playing cards.