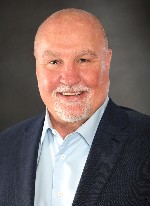 Stephen is survived by his loving wife of 28 years, Mary Ellen; his kind and loving children, Anna, Jack, William, and Stephen; his father, Pete; two brothers, Peter and Kim and David and Kim; his mother-in-law, Patricia Sikora; two brothers-in-law, Gene and Lorrie Sikora and Tom and Kathy Sikora; three sisters-in-law, Ann Marie and Hank Calka, Barbara Sikora, and Susan Brisendine; many nieces and nephews, and a great-niece and great-nephew.

He was preceded in death by his mother, Kay Pfister Ache; his father-in-law, Eugene Sikora; and a brother-in-law, Richard Sikora. Stephen was a loving father, husband, son, uncle, coach, and friend to everyone.

Stephen fell hopelessly in love with Mary Ellen when they met in Chicago July 26, 1991.  He was a hopeless romantic and was constantly planning dates and trips for them. They loved traveling the world together and enjoyed many exciting vacations. God’s love was evident in their love for each other, and together they brought four children into this world.

Anyone who knew Stephen, knew him to be the ultimate family man. There was no greater achievement for him than his beautiful family and the birth of his children brought him the most happiness.

He and Anna went on many “days” “not dates Dad!” to get their nails done, go to carnivals, the movies, and shared many meals together. Stephen inspired her to be independent and to take the world by storm. He loved being her protector, teacher and confident.

He and Jack would spend hours on end at construction sites, watching the heavy machines. He scoured stores all over the country to buy vehicles for Jack’s collection and they would spend time together organizing the hundreds of vehicles in the right category. Stephen showed Jack that life was meant to be spent with the people you loved. His joy for Jack’s intelligence and maturity were unmatched.

Stephen was amazed and beyond joyed when William picked up a ball and threw it at him by the time he was two years old. Little did Stephen know, William would never stop. He loved coaching William and all his little friends in t-ball and basketball and although he stopped coaching him on the sidelines, he never stopped coaching him in all areas of his life. Stephen loved watching William play sports and was always amazed by his love for the game and being such a natural and great competitor. He was so proud of his academic and leadership accomplishments and the wonderful brotherhood he developed through sports.

When Stephen was born, he stated that it was like life was starting all over again. He would spend his time holding his last baby and being a supportive father. He loved watching him act, take singing lessons, and work on his moves because he wanted to take little Stephen to the top! As he became more interested in sports, he was his biggest fan cheering him and his TIGERS on! He was so excited to see him develop into an amazing young man.

As the kids grew older, he could not be more proud or joyful over their achievements in academics, athletics, and career. As a father, Stephen always let his children know his unconditional love for them.

Stephen stressed the importance of having deep faith and to always believing in God’s love and forgiveness. He was so amazed by his children’s commitment to faith. He wanted to give his children the world and showered them with his love every single day.

Stephen was known for his love of football and had many accomplishments throughout his lifetime with the sport. One of his fondest memories was winning the 1979 Illinois State Championship with Mascoutah High School, something that he never let anyone forget! From there he played at Southwest Missouri State (now Missouri State) and then went on to play for the NFL, with the Minnesota Vikings. His deep passion for the sport led him to years of coaching and being a mentor for high school and college football.

Beyond his love for football, Stephen was a strong pillar in his community and always gave back to others.  He served on the board and volunteered for years at the Belleville YMCA. While helping do annual events for special needs adults, he formed close relationships with them and shared his love of football, by often taking these friends to high school football and basketball games. During the pandemic, Stephen’s love to give back to others was very evident and he became heavily involved in serving the Women’s Domestic Abuse shelter in Belleville, bringing meals to the women housed there. He was also a member of the BPO Elks 481 and hosted many events to support our veterans.

Stephen was always quick to put a smile on everyone’s face, always having a joke up his sleeve and instantly made everyone in his presence chuckle. His wife and children were the pride and joy of Stephen’s life. The legacy of his loving soul, quick wit, caring spirit, passion for sports, and love of giving back will live on through them and to everyone who had the fortune to meet him.

Memorials may be made to the Ache Children Education Fund, in care of Stephen P. Ache or William J. Ache, at Catholic and Community Credit Union, 1109 Hartman Lane Shiloh, IL 62221-7916, phone: 618-233-8073, Belleville, IL. Condolences may be expressed to the family online at www.rennerfh.com.

A celebration of life will immediately follow the memorial mass, at Cutters, Belleville, IL.