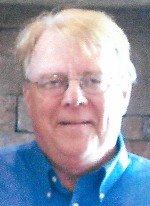 Mr. Clark graduated from Saint Louis University School of Law, St. Louis, MO.  He was an attorney for Courtney, Clark, & Mejias, P.C. and a 40-year member of the St. Clair County Bar Association.  From 1983-1985, he served as chairman of the Young Republican National Federation.

Stephen was preceded in death by his father, William A. Clark.

Memorials may be made to Southern Illinois Court Appointed Special Advocates (CASA).  Condolences may be expressed to the family online at www.rennerfh.com.

Visitation:  Memorial visitation will be held from 4 to 8 p.m. Tuesday, May 5, 2015, at George Renner & Sons Funeral Home, Belleville, IL.

I am truly saddened to hear this. I knew he was not well, but thought it would pass. You cannot possibly imagine what a great loss for me and honest attorney’s that this is.
He was my attorney for 31 years and saved my life and that of my son more that a dozen times, mainly because he knew the law and people better than anyone I knew. I considered him like brother, more than my own brother. I am here only because he had my back since 1984. I will really, really, really miss him,. But carry on strengthened by his example of perseverance.
He hated pomposity and arrogance more than even me.

My deepest condolences. I’m saddened to hear about Steve’s passing. I have many fond memories of him from years past.

I am so sad to hear this news… Such a wonderful man gone far too soon. My thoughts and prayers are with your family during this difficult time.

I am saddened to hear steve has passed. He was always a gentleman, knowledgable, and well prepared in court.

I truly regret hearing the news of my buddy. He was like a second father to me. I’ve been knowing him since I was 13 years old, I’m 29 now. He has helped me become the man I am today. Words cannot express the way I felt about him. My deepest condolences go out to him and his whole family in this time of need.

I am shocked and saddened to learn of Steve’s passing. Forty years ago he was very much my mentor in Young Republicans and I was honored to serve as his campaign Treasurer when he ran for National Chairman of of the YRs. Indeed, his appointment of me after that election is the reason I was able to follow him into that office a few years later. A great guy and great friend.

My heart goes out to your family and my condolences are with the family of Mr.Stephen Clark. Mr.Clark was a awesome man and will truly be missed by many.

Clark Horvath and I send our deepest condolences to Joyce and Steve’s family. Steve was a wonderful friend! Clark and I shared so many wonderful memories with Steve in the Young Republicans. Rest in peace my good friend!

We are so sorry for your loss and offer our deepest condolences.

MY CONDOLENCES TO STEVE’S FAMILY AND PARTNERS. HE WAS A GOOD PRACTITIONER, AND ALWAYS HAD A SMILE AND A GOOD WORD. I AND OTHERS WILL MISS HIM.

I was very sad to find out Steve passed away. He was a great attorney and always made me laugh with his fabulous sense of humor. Even though most of our meetings were not under the best of circumstances, he often injected a great story to lighten the mood. He will be missed by so many. Very sorry for your loss.

I knew Steve & his friend Al Palvin in my Young Republican days.

We were not always on the same side, but in the end we were & I help him win the YR Chairman in 1983.

Steve was a man of his word & I am sadden to hear of his passing.

My condolences to his family & may he rest in peace.

My condolences to the Clark FamilySteve was a personal friend and a great Chairman.
Guy T Parisi

Condolences to Joyce and the family. So many good times when we served together in YRs. I remember visiting him and staying in his home, we were out late. I was sleeping in the guest room and suddenly a little red head boy (Kyle)was shaking me and asking to play catch at 7 AM. I knew Steve had sent him so I dragged my hug over self up to play catch.

My thoughts and prayers to the Clark family. Steve was a good man, committed, loyal, capable and true to his word.

I am truly sorry to learn of Steve’s death. I remember his fine work from the National Young Republicans. May God grant him continual growth in His love and service and give us grace to follow his good example. I offer my condolences to his family.
Richard DeBragga