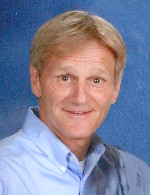 Mr. Couch was an Information Systems Manager at Auto Club of Missouri for 30 years.  He served on the Shiloh District 85 School Board and also was a board member of the Shiloh Youth Athletic Association for seven years.  He enjoyed his involvement with his son’s sports teams, often serving as the coach.  He was an avid Green Bay Packers fan, an outdoor enthusiast, and a jack of all trades.

Steve was adored by his family. He put them first, but could always be counted on to drop whatever he was doing to help someone else in need. More than anything, he loved to have fun by playing tricks on others. That big smile on his face let you know he was up to something.

He was a great conductor of many family gatherings, serving as official record keeper of new competitions and longstanding traditions, most famously the annual WAC golf tournament. Investigating and documenting our heritage and history were among his favorite hobbies, as well as cultivating his place on the planet into a neat mini-farm that included bee-keeping, maple syrup-making and a fruit tree orchard.

He was preceded in death by his parents, William A. and Annabelle J., nee Johnson, Couch

Steve showed a lot humility and courage through his battle with cancer. We were fortunate to have learned from someone whose moral compass was always pointed in the right direction.

In lieu of flowers, memorials may be made to the Siteman Cancer Center.  Condolences may be expressed to the family online at www.rennerfh.com.

Visitation:  Friends may visit with the family from 4 to 8 p.m. Monday, February 27, 2017, at George Renner & Sons Funeral Home, Belleville, IL.

Burial will be in Green Mount Protestant Cemetery, Belleville, IL.

Kim,I am so sorry to hear about Steve’s passing. Steve was always nice and kind to me at work, very friendly and outgoing and always smiling. I’ve thought about him and you and the boys a lot the past couple of years. Please know you’re all in my thoughts

our thoughts and prayers are with you and your family in this difficult time. He will be kept always in our hearts.

Kim, Chris and Jason, I am so sorry for your loss. Steve was one of the best men I knew and I regret that the community and the three of you have lost him. He always aimed and saw for the best in everyone. I know he truly loved and cared for the three of you so much.

Kim, So sorry to hear of Steve passing. Steve was one person who loved to do practical jokes but was also great when he was on the other end of the jokes.

Please remember that Steve, you, Chris and Jason are in my prayers.

our thoughts and prayers are with you and your family in this difficult time. He will be kept always in our hearts.

Kim–So sorry to hear of Steve’s passing-so young. He was one of the nicest man i’ve known–know that my thoughts & prayers are with you and family.
Sonja Davis Belleville Il 62221

My deepest sympathies and prayers to Steve Couch’s family. Being my brother’s best friend is how I got to know Steve. He always knew how to make everyone laugh and had a huge heart of gold! He will be missed.

We are so sorry to hear about Steve’s passing. Our thoughts and prayers are with the entire Couch family. In this time of need may God be with you and help you to focus on Steve’s life remembering the good times and the Bad times, as both made Steve what he was. Keep Steve in your hearts and he will always be with you.

Couch Family, My deepest condolences to you all. Steve was a great Man and will be missed by all. You are in my thoughts and prayers in your time of need. Scott Benson Green Bay East High School, Class of 1976.