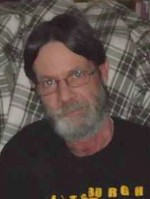 Mr. Pemberton was a cook at several restaurants in the area, most notably the former Fischer’s Restaurant in Belleville. He had also been a baker at the Pie Pantry in downtown Belleville. He was an artist who loved to paint, he was a published poet, and a gifted musician.  Stephen was a religious person and was a member of Faith Family Church.  He loved to spend time in nature, drink Coca-Cola, and sport his Converse shoes.  He was a loving friend to all and was a cherished family member. Stephen was a U.S. Army veteran of the 5th Cavalry Division.

He was preceded in death by his parents, Frederick Arthur and Constance, nee Edelman, Pemberton; and a brother, Brian Pemberton.

Memorials may be made to any veterans organization or to any cancer research organization. Condolences may be expressed to the family online at www.rennerfh.com.

A celebration of life will be held at a later date.