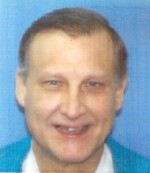 Mr. Reinheimer was a boilermaker and a member of the Boilermakers Local 363, Belleville, IL, for 44 years, joining the union in 1977. He was a United States Army veteran.

In lieu of flowers, memorials may be made to ODAT Recovery Solutions, Inc., odatrecoverysolutions.org. Condolences may be expressed to the family online at www.rennerfh.com.

According to Stephen’s wishes, private cremation services were held.