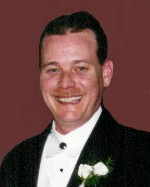 Mr. Auston was a laborer for Peerless/Premier Appliance Company in Belleville.  He was an avid NASCAR fan, a devoted St. Louis Cardinal Baseball fan, and a hard-core St. Louis Blues Fan. Steve was a U.S. Air Force veteran.

He was preceded in death by his father, James Vernon Auston; and his step-father, Jerry Knight.

It is with a very heavy heart we say good bye to one of the best friends we have ever had the pleasure to call a friend. We hope you get to meet your idol, Dale Earnhardt Sr. RIP our friend, our brother.