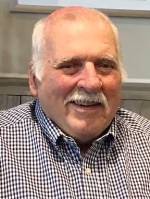 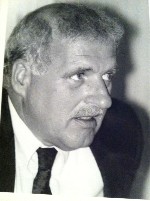 Mr. Wagner had worked as a technical advisor for Chrysler for more than 37 years, and later at Johnson Controls for over 6 years. He also worked part time as a security guard at Belle-Clair Fairgrounds. He was an easy-going man with a great sense of humor. Ken enjoyed stock car racing and was a former Allied Auto Racing Association racer at Belle-Clair Speedway. He also enjoyed spending time outdoors fishing and riding motorcycles. Ken was a member of St. Peter’s Cathedral Catholic Church, Belleville, IL.

He was preceded in death by his wife of 48 years, Marie E. Wagner, nee Hession, whom he married on December 19, 1959, and who died on March 6, 2008; his parents, John and Margaret, nee Kassebaum, Wagner; a granddaughter, Jessica Muniz; and a brother, John Richard Wagner.

Memorials may be made to St. Joseph’s Indian School, Chamberlain, SD, or the Belleville Area Humane Society, or the American Diabetes Association. Condolences may be expressed to the family online at www.rennerfh.com.