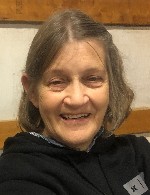 Susan had worked as a field representative and supervisor for the Social Security Administration and later worked for Allsup, Inc.

She was preceded in death by her parents, Luke J. and Margaret, nee Mavis, Gaule; a sister, Patty Gaule; a sister-in-law, Sharon Hoffmann; and her father-in-law and mother-in-law, Ehrhardt Jr. and Marjorie, nee Hofmeister, Hoffmann.

Memorials may be made to the Belleville Area Humane Society or to Stray Rescue of St. Louis. Condolences may be expressed online at www.rennerfh.com.

As a final act of kindness, Susan donated her body to science.