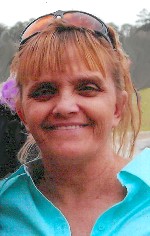 Teresa studied in Culinary Arts and was a CNA for several years. She enjoyed watching and collecting movies. Teresa had Neurofibromatosis and fought a courageous battle all her life.

She was preceded in death by a daughter, Megan Stevenson; and her mother, Charlotte Stevenson.