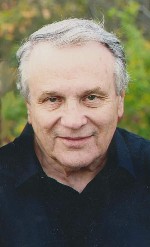 Terry was the founder and president of Managed Benefits Services, Inc. He retired in 2017. He was a 1960 graduate of Belleville Township High School, 1970 graduate of Southern Illinois University – Edwardsville and earned his Certified Employee Benefits Specialist designation from the Wharton School of Business in 1990. He served his country in the United States Army, and was a member of VFW Post 5691 and American Legion Post 365, both in Collinsville, Ill. He was an avid sports fan, especially Cardinals baseball, football, and Nascar.

Memorials may be made to Shriner’s Hospitals for Children, 4400 Clayton Avenue, St. Louis, MO, 63110 or to the Salvation Army. Condolences may be expressed to the family online at www.rennerfh.com.

According to Terry’s wishes, cremation will be held.