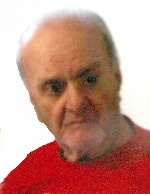 Mr. Gromer, better known as A.D. by friends and family, worked for Roesch Enamel Company before his retirement and was the co-owner and operator of S & G Auction Company of Cahokia, Ill., for many years.  A.D. and his family have made Belleville their home for the past 50 years.

He was preceded in death by a son, Gary Gromer; his parents, Thomas and Estelle, nee Brach, Gromer; a brother, Larry Gromer; and two sisters, Beatrice Pullman and Naomi Reaves.

Memorials may be made to the Alzheimer’s Association.  Condolences may be expressed online at www.rennerfh.com.

Kim and family, so sorry for your loss. A D was a great man, and will be missed by many. We know he is in heaven, smiling down upon all of you.

Sending condolences for aunt Fern and family! I remember many good times spent when Uncle A.D. And Aunt Fern would visit Grandma Reaves in Dexter. I am sorry I am just now finding out about his passing!