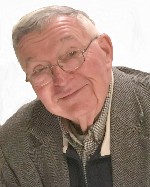 Tom graduated from Virginia Military Institute in 1961, where he met Mary Hite, his loving wife of 59 years. After graduation, he was placed on active duty and served two years as an Infantry Officer with the United States Army at Fort Benning, GA, and Fort Jackson, SC. He then attended Washington University School of Law in St. Louis, MO, and graduated in 1966. Tom began practicing law at Pope and Driemeyer law firm in East St. Louis, IL, and continued practicing for more than 50 years in the St. Louis Metro East ending his life-long career with Thompson Coburn in Belleville, IL. Tom specialized in the defense of personal injury lawsuits and was very successful in this endeavor. Although his practice was primarily in the state and federal courts in central and southern Illinois, his trial work took him to many southeastern states for trials and appeals. He was a member of the American College of Trial Lawyers, American Bar Association, Illinois State Bar Association, Missouri State Bar Association, and the West Virginia Statement Bar Association. He was also licensed to practice before the United States Supreme Court.

The family would like to thank the staff at The Arbors and Heartland Hospice for the care and support they gave him during his final days.

Memorials may be made to the Belleville Area Humane Society or to the Alzheimer’s Association. Condolences may be expressed to the family online at www.rennerfh.com.

Interment will be at West View Cemetery in Radford, VA.