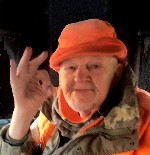 To know T.R. is to love T.R. If he said he didn’t like you, you were probably considered one of his best friends. He had never met a stranger. He was always the life of the party, with a trick up his sleeve. He enjoyed hunting and fishing as much as he did a cold beer with friends. He lived life to the fullest, pushing the limits, and doing for others.

He was preceded in death by a son, Thomas P. Reis II; his parents, Paul H. Sr. and Yolanda B., nee Brewer, Reis; a brother, Paul H. Reis Jr.; and a sister, Joan Green.

Funeral: Private graveside services will be held with burial at Smithton City Cemetery, Smithton, IL. A celebration of life will be held at a later date.