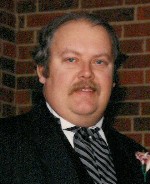 Mr. Dougherty was a pipefitter with Steamfitters Local 439, Caseyville, IL.

He was preceded in death by his parents, Joseph and Margaret, nee Delaney, Dougherty.

Memorials may be made to Blessed Sacrament Catholic Church or to Catholic Urban Programs.  Condolences may be expressed to the family online at www.rennerfh.com.

To the dougherty family. Thoughts and prayers be with you. Tim was fun to be around. I will miss my 439 brother. May you rest in eternal peace. Pat siemer steamfitters 439.

My condolences to the Dougherty family. Tim was a classmate at St. Cyril’s and I have many great memories of him from those days. Rest in peace, Tim.

I was so sorry to hear about the death of your Brother. My deepest sympathy to you and Chris and your entire family.