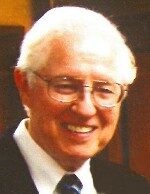 Vince led an extraordinary life. He wrote a book, was a photographer and was dedicated to caring for his first wife Loretta until her death. He truly loved the Lord, and throughout his life talked about and shared his faith in many ways. May he now rest in peace eternally with our Lord, whom he was so devoted to, and truly loved during his earthly life.

Vince served in the United States Army and is a veteran of the Vietnam War, he served in the 127th Infantry. Later in life he was employed as a Cost Estimator with American Can, in Menasha, Wisconsin. He also served as an honorary member of the Knights of Columbus.

Memorials may be made to St. Augustine of Canterbury Catholic Church. Condolences may be expressed to the family online at www.rennerfh.com.

Burial will be at Green Mount Catholic Cemetery.