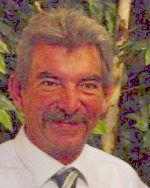 Vincent was a third-generation fireman with the St. Louis Fire Department.  He currently was employed at Chelar Tool & Die, Belleville, IL.

He was preceded in death by his mother, Mary S., nee Stuckel, Lammert.

Memorials may be made to BackStoppers.  Condolences may be expressed to the family online at www.rennerfh.com.

Burial be at Valhalla Gardens of Memory, Belleville, IL, at a later date.