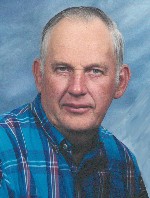 Virgil was preceded in death by his wife of 42 years, Mary Ann, nee Weber, Neff, whom he married on November 11, 1966, and who died on December 4, 2008; a son, Brian Neff; his parents, Christian and Mary Jane, nee Musbacher, Neff; three sisters, Rose Marie (Daniel) Mueth, Luella May Neff, and Margaret, in infancy; and one brother, Robert Neff.

Memorials may be made to St. Michael’s Catholic Church, Paderborn, IL.  Condolences may be expressed to the family online at www.rennerfh.com.

Kein and family, we are saddened at your loss and send our sympathy. Please know that we are praying for peace and comfort.