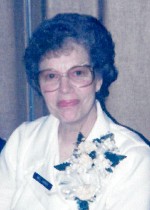 Mrs. Honer was a nurse in the OBGYN Department at Scott AFB Hospital for more than 30 years before her retirement. She received many awards in her career at the hospital. Virginia was very punctual, organized, and had a great sense of humor.

Memorials may be made to Belleville Area Humane Society. Condolences may be expressed to the family online at www.rennerfh.com.