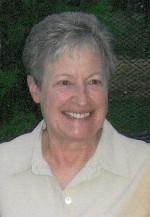 Mrs. Clyne was a high school teacher in her native Brussels, Belgium.  She later worked as the business manager in her husband’s medical office for more than 30 years.  She was a loving mother and grandmother, and volunteered for many years at the schools her children attended.  She enjoyed teaching French and coaching speech teams. She was a member of St. Henry’s Catholic Church, Belleville, IL.

Private family burial will be at a later date in Mount Carmel Catholic Cemetery, Belleville, IL.

Sincere sympathy to Ilone and Michael and Nathalie upon the passing of their beloved mother.
I was privileged to have had Viviane as a friend and customer. We would always discuss the family when I made a delivery and she was so proud of all of you. I will miss our talks. May she rest in peace.