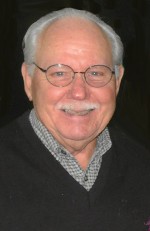 Before his retirement, Mr. Braun was the owner and operator of Bus Braun Realty Co. Later, he worked for Camelot Realty. In earlier days, he also owned the Belleville Pet Shop and local bars on Main Street in Belleville. Walter was an avid golfer and fisherman. Mr. Braun was a World War II United States Army Veteran.

In lieu of flowers, memorials may be made to Illinois Veterans’ Home of Anna, 792 North Main Street, Anna, IL, 62906, or to the Alzheimer’s Association. Condolences may be expressed to the family online at www.rennerfh.com.