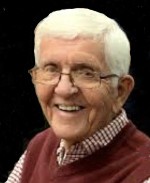 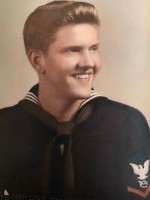 Wally was a graduate of Belleville Township High School in 1949, a Varsity Basketball player and starter on the 1949 State Championship Baseball Team, as well as a member of the Belleville Legion Team that finished third in the nation. After High School, Wally joined the Coast Guard (Semper Paratus) and was stationed in Portland, Maine. While serving his country in Maine, he met the love of his life Priscilla Phillips and they were married on April 28, 1955. After marriage, the couple returned to the area and Wally began 40 years of employment at Union Electric (Ameren). Wally spent many hours coaching young boys at Khoury Park and enjoying fast-pitch softball at Southside Park in Belleville. He enjoyed his retirement playing golf, spending quality time with Priscilla, and taking yearly vacations to Portland, Maine. Wally was very meticulous about his yard, an avid sports fan, and a true STL Blues fan.

He was preceded in death by his wife Priscilla and joins her in heaven.

Wally was a loyal husband, a dedicated father, and grandfather, he leaves behind his son, Bob Miller, Christy Murray (fiancé of Bob Miller), and a granddaughter, Lexi Miller.

Funeral:  Wally is more than deserving of a Celebration of Life amongst friends and family; however, during these uncertain times we will be honoring him with a private service with the immediate family only. Friends and family who wish to also share in his celebration of life, can make a donation to Wally’s favorite charitable organization, the St. Jude’s Children’s Research Hospital.