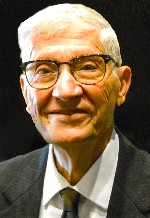 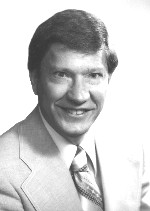 Wayne was born on November 3, 1929, five days after the stock market crash.  He was the third son of Allen and Virginia L. M. (Schmale) Muren.  Wayne and his wife, Joyce Ann (Spacher) Muren, were happily married for sixty-four (64) years and were blessed with five (5) children, eleven (11) grandchildren and five (5) great-grandchildren.  He passed away at his home surrounded by his family on January 20, 2022.

He is preceded in death by his parents and his brothers, Allen Muren and Donald Muren.

Wayne and Joyce were married at St. Peters Cathedral Parish on August 7, 1957, where they were both members.  After marriage, they moved to the west end of Belleville, and became active members of Our Lady Queen of Peace parish for 61 years.

Growing up, Wayne had a paper route and worked in his father’s corner grocery store in downtown Belleville. He went to St. Peter’s Cathedral grade school and Cathedral high school, for his college preparatory work.  He attended Belleville Area College and Washington University in St. Louis, where he received a Bachelor of Science degree in Business Administration from Washington University in 1952.

Wayne was a Veteran of The Korean War and served in US Air Corps from 1952 to 1955. After the war, Wayne had a 41-year career in the Savings & Loan and Banking businesses.  He started his career at Greater Belleville Savings & Loan, where he worked his way up to become Vice President.  Wayne received Graduate Diploma for completing Advanced Studies in Savings Association Operations in 1972.  Wayne worked at many Savings & Loans and Banks, including Citizen Savings & Loan, American Savings, Illini Federal, Mercantile Bank, retiring in 1996 from Bank of Alton.

Wayne’s career did not end here, as he assisted his wife with her successful real estate business for 18 more years, until she retired in 2014.

When his children were young, Sunday was family day.  It started with mass at Our Lady Queen of Peace church, followed by a stop at Mister Donut or Mallo’s Bakery for pastries.  Sunday was not complete without Dad’s “Look it up Club” discussion, where he would pick new words in “The Random House Dictionary of English Language”, for all of us to discover and learn.  He also liked to play chess with his children.

Wayne played sports with his children when they were young in the backyard.  Over the years, he planted many trees in his yard and loved roses.  He had one rose bush for each of his children.  He coached Belle-Clair boys’ soccer team and cheered his children on during their high school years.

As his children got older and left for college, Wayne always made time to keep them up to date on family and local events.   On Sunday afternoons, Wayne would sit down at his old hammer-key typewriter and prepare two-to-four-page double spaced letters.  These letters discussed recent family activities, local events, and included news clippings and cartoons from the Belleville News Democrat and The Wall Street Journal.  His children looked forward to receiving those letters, once a week, as there were no cell phones and long-distance calls were too expensive.  His children’s college friends also enjoyed reading his letters.

After his children returned from college, and started their own careers, Wayne’s letters became rhyming poems for graduations, birthdays, and anniversaries.  These poems were a labor of love for him.  They became treasured parts of each event, as he would take center stage, and read the poems to everyone present.

Wayne was active in various civic organizations.  He was a member of the Board of Governors of Southwestern Illinois Chapter of American Savings and Loan Institute from 1958-1963.  He was a member of Belleville Junior Chamber of Commerce, Belleville Jaycees, and Treasurer of the United Fund of Belleville in 1958.  Wayne was an active member of the Lions Club of Belleville, installed as President in 1958, and continued as a member for many years.  He was chairman of Lions Club Empty Stocking Fund in 1969, which provided many families with gifts of food, clothing, and other essentials, plus toys.  He received Lion of Year Achievement award in 1967 and 1973.  Wayne also volunteered at Our Lady Queen of Peace Church picnics and was an usher during church mass for many years.

Wayne enjoyed playing tennis with his friends at Dorchester Swim and Tennis Club, where he was president for several years, and at St. Clair Tennis Club.  He also enjoyed taking long walks in the neighborhood and around the west end of Belleville.

In his later years, he would frequent Belleville Health & Sports Center to exercise and visit with his friends.

Memorials may be made to Our Lady Queen of Peace Church, Belleville, IL, in memory of Wayne C. Muren. Condolences may be expressed to the family online at www.rennerfh.com.

Funeral:  A Mass of Christian Burial will be held at 11 a.m. Saturday, January 29, 2022, at Our Lady Queen of Peace Catholic Church, Belleville, IL, with Father Matthew Elie and Msgr. Jack McEvilly celebrating mass.