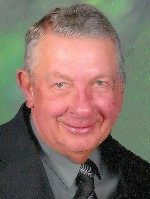 Mr. Pfingsten was an accounting instructor at Southwestern Illinois College, Belleville, IL, for more than 30 years before his retirement, and taught for ten years at Belleville Township High School West.  He helped at his brother-in-law’s tax preparation service during the busy season, and was very proud to obtain his CPA license. An active member of Millstadt community, Wayne served as a trustee and treasurer for the Millstadt Volunteer Fire Department for 42 years, was a former president and trustee of the of the Millstadt Ambulance Service for 20 years, and was a life-long member of the Bluff Grange in Millstadt. He enjoyed golf, loved going to baseball games, and especially enjoyed spending time with his grandchildren.  Wayne was a veteran of the U. S. Army.

He was preceded in death by his parents, Edwin E. and Helen L., nee Merideth, Pfingsten; and a brother, Dale Pfingsten.

In lieu of flowers, memorials may be made to the Millstadt Volunteer Fire Department. Condolences may be expressed to the family online at www.rennerfh.com.