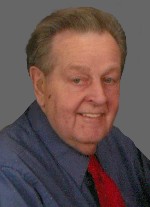 Bill was a decorated Navy veteran in the Vietnam War.  After returning to civilian life, Bill extended the family business of Bill’s Auto Polish for 50 years.  He was also employed and retired as City of Belleville Maintenance Supervisor. His hard work helped keep Belleville’s fountain beautiful.

Mr. Lugge was a past president and lifetime member of Southside Improvement.  He was the kind of guy that always went out of his way to help, share, and assist everyone who needed anything. These qualities made him a friend, confidant, and a wonderful employee.  He volunteered for many after-hour community projects.  His loyalty was only surpassed by his generosity.

Bill enjoyed traveling with his wife and family on both domestic and international trips, including all 50 U.S. states and many countries.  He was a well-known connoisseur and collector of music, mostly LP’s.  His music appreciation spanned all genres, cultures, and eras.  His favorite pastime was to share this vast collection with his friends and family.  One of his greatest pleasures was to regale the childhood adventures of his six brothers and two sisters.  The stories just poured out of him with such a thrill, pride, and love of family.

He was preceded in death by his parents, Wilbert E. and Agnes, nee Kreke, Lugge; an infant sister, Donna Marie Lugge; and a brother, Daniel Lee Lugge.

Memorials may be made to First United Presbyterian Church.  Condolences may be expressed to the family online at www.rennerfh.com.

Bonnie, we in the Clinical Department wish to let you and your family know how saddened we were to hear about the loss of your father. You have been one of the most devoted and dedicated daughters a parent could ever wish for. All of you are in our prayers.

My father worked with Mr Lugge through the City of Belleville, and always spoke highly of him. Our condolences to your family.

My husband,Bill, and I want to send our condolences to all of the family of Bill Lugge. When I worked at the Belleville Public Library in the Archives, his work ethic, good humor, and general professionalism in serving the City of Belleville in the Maintenance Dept. made him a friend to our staff who he helped in so many cases and, sometimes, with very short notice. He will be missed.