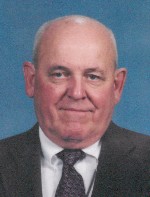 Mr. Dinges was employed as secretary-treasurer and office manager of Rite Electric Company, Granite City, IL, for more than 34 years before his retirement in June, 1990.   Willy was a member of many fraternal organizations, some for more than 60 years.  They include the Belleville Swansea Moose Lodge 1221, Moose Fellowship, Moose Degree Staff, Masonic Lodge #24 AF & AM, Belleville Council #67, Royal Arch Masons #106, Tancred Commandry #50 K.T., Ainad Shrine, and a former member of the Ainad Drum & Bugle Corp.

He was preceded in death by his wife of 48 years, Shirley J., nee Doolittle, Dinges, whom he married on February 17, 1961, and who died on May 29, 2009; his parents, Arthur and Minnie, nee Lindauer, Dinges; a brother, Erwin A. (Mildred) Dinges; a sister, Ethel (Fred) Mueller; and a brother-in-law, Les Miller.

Memorials may be made to Shriner’s Hospital for Children.  Condolences may be expressed to the family online at www.rennerfh.com.

I’m so sorry for your family’s loss. Prayers going out to you. Unfortunately we are having my Gma’s funeral the same day so I won’t be able to attend.

Condolences to you, Brian. Sending positive thoughts your way.

Brian, I’m so sorry for your sadness. Sending healing thoughts and prayers.

It was with great sadness that we learned of your father’s passing. Please accept our heartfelt condolences and we hope that in a small way they help through these trying times.