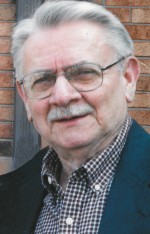 Bill worked for Bi-State Transit Company for 33 years before retirement.  He was a member of St. Augustine of Canterbury Catholic Church, Belleville, IL. He loved to help anyone at any time. Bill enjoyed working and fixing anything. He was an avid St. Louis Cardinals baseball fan, enjoyed ice cream and BBQing, cars and model trains.

Memorials may be made to Hospice of Southern Illinois, St. Augustine of Canterbury Catholic Church, Belleville, IL, or St. Jude Children’s Research Hospital. Condolences may be expressed to the family online at www.rennerfh.com.

Funeral: A Mass of Christian Burial will be held at 10 a.m. Friday, October 16, 2020, at St. Augustine of Canterbury Catholic Church, Belleville, IL, with Msgr. William McGhee officiating. Standard CDC guidelines will be in place upon entrance.