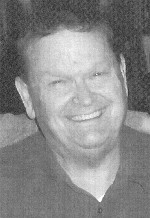 Mr. Peck was a life-long insurance adjuster.  He was a member of First Baptist Church, Fairview Heights, IL, and served as a deacon and a Sunday school teacher for 25 years.  Bill was a United States Air Force Vietnam War veteran.

He was preceded in death by his father, Robert L. Peck; and his mother, Aldena R., nee Kane, Peck.

Memorials may be made to Heartland Hospice.  Condolences may be expressed to the family online at www.rennerfh.com.

Bob – I am so sorry to hear about Bill. I have been brought back in time to when he was a baby and I was 7 years old, holding him and changing him. Your parents and mine where the best of friends, I know you remember me, I haven’t seen you since before your Mother passed away.Please accept pur Deepest Sympathy. Tell Marsha we are sorry.