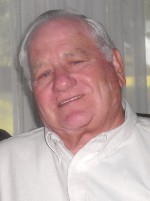 Bill attended Cathedral High School, Belleville, IL, and graduated in 1953. He was a member and trustee of Teamster’s Local 50. Bill was a supervisor and retired after more than 16 years of service with the Belleville Sanitation Department. Previously he had worked over 19 years as a production manager at Sterling Steel. Mr. Buss was a lifelong active member of St. Mary Catholic Church, Belleville, IL, including the Men’s Club at church. He was a United States Army veteran.

Some of Bill’s happiest moments were spent outdoors. He loved duck hunting with Don Weisenstein at Don’s Clubhouse. He also enjoyed fishing at Bennett Springs and deer hunting with his many dear friends, not to mention camping at Carlyle. Family gatherings were an important part of his life, especially spending time with his grandchildren.

The family would like to thank the staff at Memorial Care Center for all their help and care during his stay with them.

Memorials may be made to St. Mary Catholic Church, Belleville, IL, or in the form of masses, or to the Arthritis Foundation, 1355 Peachtree Street NE, Suite 600, Atlanta, GA 30309. Condolences may be expressed to the family online at www.rennerfh.com.

Visitation:  Friends may visit the family from 4 to 8 p.m. Sunday, September 19, 2021, and from 9 to 10 a.m. Monday, September 20, 2021, at St. Mary Catholic Church, Belleville, IL. Standard CDC guidelines will be followed, including masks and social distancing.

Burial with military honors will be at Mount Carmel Catholic Cemetery, Belleville, IL.