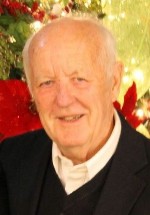 Bill was a CPA and partner at Allison Knapp & Siekmann, Ltd. for over 30 years. After his retirement, he served as Chief Financial Officer for the Diocese of Belleville for 11 years. Bill was an active member at St. Luke Catholic Church, Belleville, IL. He spent much time volunteering at Catholic Urban Programs and the St. Vincent DePaul Society, and served on many of their boards over the years. Mr. Knapp also served on the Belleville City Council as Ward 3 Alderman for 24 years.

In lieu of flowers, memorials may be made to Catholic Urban Programs or to the St. Vincent DePaul Society. Condolences may be expressed to the family online at www.rennerfh.com.