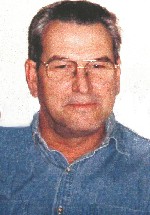 William was a member of Christ United Church of Christ, Belleville IL, and belonged to the St. Clair County Anglers Club, Millstadt. IL. He was also a former Elks Lodge Member, #664, Fairview Heights, IL, for many years. William was a service manager for several different Chrysler, Plymouth, and Dodge Dealerships here on the metro east side. William was a 1965 graduate of Belleville Township High School West and started his life long career with an ad he had seen in the Belleville paper looking to train GM mechanics. After completing the training, he found that GM had an overabundance of candidates, leading him to start out as a service writer for Joe Sprino Chrysler Plymouth, Belleville IL, in the late 1960’s. He worked a short stint in the early 1970’s at Granite City Dodge. He then moved on to Miller Chrysler, Plymouth when they relocated from East St. Louis in 1976 to Belleville, where he remained service manager until the owner sold the dealership in 1996. He finished out his career at Brent Bergheger Chrysler, Plymouth, Mascoutah, IL, retiring in 2009. While working at the dealerships he was very supportive of union wages for his technicians and was a lifelong member of the International Association of Machinists and Aerospace Workers District 9 of Bridgeton, MO. Throughout his career he participated in many union contract talks, negotiations, and meetings establishing standardized wages and apprenticeship programs for young technicians. He was an avid fisherman, spending many weekends taking family members and friends out in the boat to fish. He loved his camping trailer and always invited friends and family to come down to the camp ground and bank fish, bar-be-que and spend the weekend. William gave his unconditional love and friendship to all and was always there for his family and friends. He loved his grandchildren very much and enjoyed spending time with them over the years. His smile, sense of humor, and laughter will be missed by all.

He was preceded in death by a son, Jeffrey F. Piffner; and his parents, Leroy and Ann Marie, nee Buechler, Piffner.

Memorials may be made to the American Parkinson’s Disease Association – Greater St. Louis Chapter, 1415 Elbridge Payne Road, Suite 150, Chesterfield, MO, 63017. Condolences may be expressed to the family online at www.rennerfh.com.