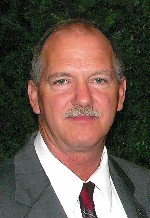 Bill was a very loving husband, father, and grandfather.  His biggest love was his family.  Bill’s sense of humor was an original and will forever be missed.  He loved the simple things in life and treasured every moment.

Bill attended BTHS West and then served in the United States Marine Corp during the Vietnam era.   After his honorable service, he went on to spend his life mastering hobbies such as woodworking and industrial maintenance.  He built his career around doing what he loved.  He learned a little of everything and used those skills to help anyone that needed it.  He taught these skills to many people through the years.  Bill was also a member of the Teamsters Union throughout his career.

Bill was preceded in death by his parents, Woodrow C., Sr. and Merle, nee Depping, Lehr; and his grandparents Fred and Edna, nee Mayor, Lehr.