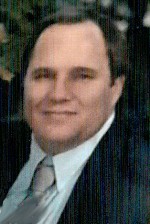 Print Obituary
William “Bill” Carroll Milburn, 69, of Belleville, IL, born September 13, 1951, in Kansas City, MO, passed away after a courageous battle with pancreatic cancer, Saturday, October 17, 2020, at his residence, surrounded by his family and friends.

Bill served in the U.S. Army, which included a 13-month tour in Vietnam.  He was extremely proud of his service, but rarely spoke about it. After serving in the military, he returned to Kansas City, MO, where he met his future wife, Martha.  He then moved to the Belleville area.

Mr. Milburn graduated from SWIC, and was a machine operator for International Paper Company for over 25 years before he retired. He loved St. Louis Cardinal’s baseball and Kansas City Chief’s football.  However, his favorite pastime was fishing, and he always felt that he never got enough time to fish.  He was a member of St. Augustine of Canterbury Catholic Church, Belleville, IL.  Bill was a loving husband, brother, brother-in-law, uncle, and friend.

In lieu of flowers, memorials may be made to Hospice of Southern Illinois. Condolences may be expressed to the family online at www.rennerfh.com.

Visitation:  Friends may visit from 9 to 11 a.m. Friday, October 23, 2020, at St. Augustine of Canterbury Catholic Church, Belleville, IL.  Standard CDC guidelines, including masks and a limited number of visitors at any one time, will be observed.

Funeral:  A Mass of Christian Burial will be held at 11 a.m. Friday, October 23, 2020, at St. Augustine of Canterbury Catholic Church, Belleville, IL, with Msgr. William McGhee officiating. Masks are required.