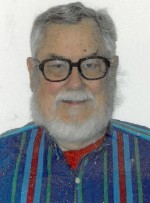 Bill attended Iowa State from 1947 to 1951 and graduated with a Ceramic Engineer Degree. To help pay for school, Bill enrolled in ROTC because it paid .90 a day. Upon graduation he was immediately called to active duty. Bill thought if he was going to make the Air Force a career, he wanted to be a pilot. He attended flight school at Columbus, MS AFB and earned his wings in December 1952 (Class of 52H). He served in the Korean War from March of 1953 till June 1954. He then was stationed at Sewart AFB, TN from 1954 to 1956. He applied for AFIT Air Force Institute of Technology in 1956 and was number one in his class. The Air Force sent Bill to the University of Michigan from 1957 to 1959, where he received a master’s degree in Aeronautical Engineering, he then taught at AFIT from 1959 – 1963. Bill worked with the European office of Aerospace Research in Brussels, Belgium from 1963-1967. He served in Vietnam from 1967 – 1968 and was stationed at Vung Tau. After returning home, Bill went to work on the Space and Missile System in California. In 1970, Helen volunteered him for a move to Karachi, Pakistan, to become a professor and the head of P.A.F. College of Engineering. While there, the Indo-Pakistani War of 1971 began. Bill stayed to teach after getting his son and Helen to a safe haven in Tehran, Iran. He returned home in 1972 and retired from the Air Force in 1974 from Wright Patterson AFB, OH. Bill remained in Dayton OH, and taught at Sinclair Community College from 1974 to 1980. He came to Belleville in 1980 and accepted a teaching position with St. Louis University at Parks College in Cahokia, IL. He taught Science and Math. In 1985, he had a heart attack which ended his teaching career. Bill, Helen, and their son enjoyed may cruises and traveled to places such as the Amazon, China, Africa, and the Northern Lights in Norway.

He was preceded in death by his parents, William E. and Leila F., nee Shellabarger, Whicher.

Memorials may be made to St. Paul’s United Church of Christ, Belleville, IL. Condolences may be expressed to the family online at www.rennerfh.com.

Burial with full military honors will be at Valhalla Gardens of Memory, Belleville, IL