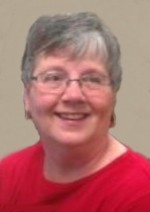 Bonnie was preceded in death by her son, Terry Marchetti; and her parents, Edward and Gloria, nee Marco, Sprinot;

She is survived by her husband of 32 years, Thomas Gundlach, whom she married on April 16, 1987;
two sons, Tony Marchetti and Tom Marchetti;
a granddaughter, Chelsea Marchetti;
two step-brothers, Randy Tedrich and Pete Sprinot;
four step-sisters, Genine Gipson, Emma Murphy, Sandy Thompson, and Robin Angelo;
brothers-in-law and sisters-in-law, Joe (Judy) Gundlach,
Dick (Kathy) Gundlach, and Janet (Bill) Stumpf;
and many nieces and nephews.
Memorials may be made to Cardinal Glennon Children’s Hospital Condolences may be expressed to the family online at www.rennerfh.com.
Visitation: Friends may visit from 9 to 11 a.m. Monday, May 6, 2019, at St. Peter’s Cathedral, Belleville, IL.

Funeral: A Mass of Christian Burial will be held at 11 a.m. Monday, May 6, 2019, at St. Peter’s Cathedral, Belleville, IL, with Msgr. John Myler and Msgr. William McGhee concelebrating.

Burial will be at Green Mount Catholic Cemetery, Belleville, IL, on Tuesday, May 7, 2019