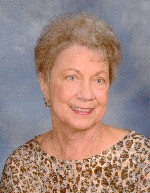 Bonnie met Ray Sr., the love of her life, working as a flight attendant for Western Airlines out of Salt Lake City, UT, while Ray was stationed at Hill Air Force Base in Ogden, UT.  She later took on the role of an Air Force Officer’s wife and raised three wonderful children.

Bonnie co-delivered the Belleville News Democrat with her son and youngest daughter from 1982 to 1992 and continued to do so with Ray Sr. until 2006, finally hanging it up after 24 years (probably the longest standing Independent Paper Carrier in News Democrat history).  She worked as a Clinique Associate for 15+ years until her first grandchild was born, at which time she started a new beginning being a grandmother.  Bonnie later welcomed two additional grandchildren, spending as much time with each as she could, which included many trips to Indiana and Texas to visit her middle grandchild, Raymond III.

Bonnie was a member of the Cathedral of St. Peter Catholic Church, Belleville, IL. She and Ray Sr. volunteered countless hours decorating the church, working Bingo, and assisting with the annual Wurstmarkt.

She loved to travel, spend time with family and friends, and always put the needs of others first.  Bonnie was a devoted wife, loving mother (mother-in-law), and proud grandmother whose love and nurturing will always be missed!

She was preceded in death by her husband of 51 years, Raymond J. Martinich, Sr., whom she married on June 25, 1966, and who died on February 16, 2018; a daughter, Yvonne M. Martinich; her parents, Charles and Vivian, nee Frye, Lussy; two brothers, Robert P. Lussy and Charles H. Lussy; a sister-in-law, Jeanette Martinich; and a brother-in-law, Frank R. Martinich.

Memorials may be made to the Cathedral of St. Peter Catholic Church, Belleville, IL. Condolences may be expressed to the family online at www.rennerfh.com. Standard CDC guidelines, including masks and social distancing, will be observed.

Funeral: A Mass of Christian Burial will be held at 10 a.m. Wednesday, September 8, 2021, at the Cathedral of St. Peter Catholic Church, Belleville, IL, with Msgr. John Myler officiating.

Burial will be at Green Mount Catholic Cemetery at a later date.