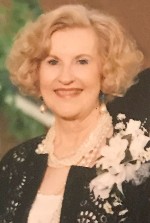 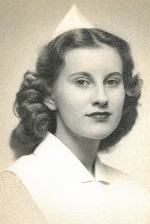 Zoe was a graduate of Washington University School of Nursing. She was a registered nurse and retired from St. Elizabeth’s Hospital, Belleville, IL. She was a past-president of the St. Clair County Legal Auxiliary. Zoe was an active member of both St. Peter’s Cathedral and the  Cursillo Group at church. She was a loving wife, mother, grandmother, and great-grandmother who will be dearly missed.

She was preceded in death by her husband of 52 years, Paul F. Braner, Sr. whom she married on July 14, 1951, and who died on July 3, 2004; her parents, Irby and Jewell, nee Hutchins, Winkler; three sisters, Harriet Winkler, Nancy Kitson, and Jan Lentz; and two brothers, Irby Winkler and William Winkler.

Memorials may be made to the Cathedral of St. Peter, Heartland Hospice, or to the Poor Clare Monastery. Condolences may be expressed to the family online at www.rennerfh.com.

It was Mrs. Braner’s wish that her body be donated to Saint Louis University School of Medicine.

Funeral:  A memorial mass will be held at a later date.